Marvel at these gentle giants and experience their natural way of life.

A Bushman Safari tour is a unique experience for each of our guests. We pride ourselves on delivering top-notch service paired with remarkable immersion with Uganda’s natural beauty. This also extends to our safari tours that include ventures for gorilla trekking Uganda, giving you the chance to witness these beloved creatures in their own habitat. With many of our safari tours offering these excursions, it has never been easier or more convenient to enjoy such a journey. 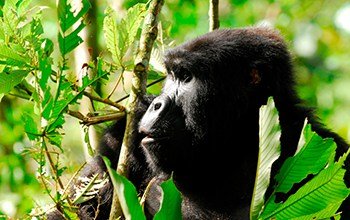 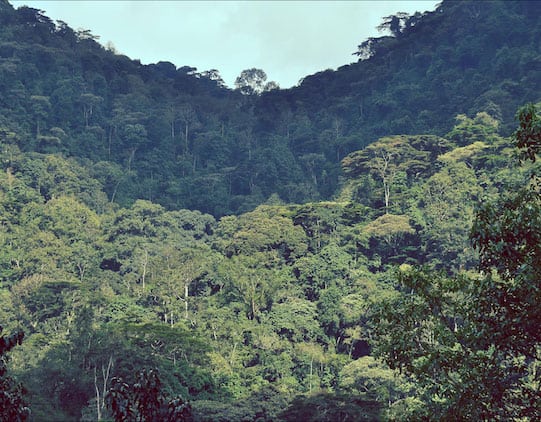 Become a Guest in Their Home

The primates of Uganda’s sprawling Bwindi Forest are left to their own devices, ensuring an organic, interference-free life amongst the trees. Our safari travel experts with years of practical experience will lead you through the winding woods, tracking the gorillas in the intimacy of their home. Upon arrival, you’ll marvel at how the rest of the world fades away as well as how their natural way of life is presented. It’s a wholesome, inspirational, and moving experience.

An Intimate Connection with Nature

Witness the everyday life of Uganda’s gorilla population unfold in a way that makes any high-quality nature film pale in comparison: there is just no substitute for experiencing the real thing in person. Watch them play, communicate, interact, and roam freely in the comfort of their natural habitat, all while your safety and protection are just as safeguarded as their own. Amidst the brilliant greenery and sway of the Bwindi Forest, you are at one with nature. 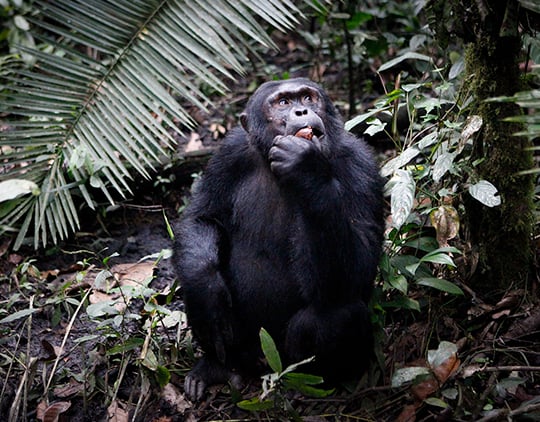 We’re proud to offer greater choice and unique experiences to our guests. To experience one of the best excursion of gorilla trekking in Uganda, choose one of the following safari tours:

VENTURE INTO THE UNKNOWN

Gorilla Trekking takes you up close and personal with the gentle beasts of the wild. It is one of the most wonderful wildlife experiences you can cherish. Much like the safari, in gorilla trekking you follow the trails of the mountain gorillas and take a peep into the habitat of this magnificent species. Gorilla trekking is an exhilarating experience for the tourists and at the same time, it contributes to their survival. Mountain gorillas were expected to be extinct by the turn of the millennium. However, conservation efforts have been successful and recent surveys have estimated the number of wild mountain gorillas to be over 1,000.

The closest living relatives of humans, mountain gorillas continue to be an endangered species. According to the WWF, these magnificent creatures were discovered as a subspecies of gorilla in 1902. But since then, the population has alarmingly dwindled in the face of decades of war, hunting, habitat destruction and disease. Mountain gorillas live in forests high in the mountains, at elevations of 8,000 to 13,000 feet. They have thicker fur that helps them to survive in extremely cold temperatures.

Mountain gorilla population lives across the Virunga Mountains, bordering Uganda, Rwanda and the Democratic Republic of the Congo, and the remainder are kept in the Bwindi Impenetrable National Park in Uganda.

The gorillas live atop the highest altitudes in the mountains and have been pushed further up due to loss of habitat. They can be seen all year around and you can decide the best time for gorilla trekking. Although, dry seasons are generally considered better than the rainy season. The dry seasons – from mid-December to February and from June to September – are better in terms of conditions for trekking and trail.

Those who enjoy trekking in rain can choose any time, they will also benefit from seeing the gorillas upclose at lower altitudes. During the remaining two period – March to May and October to December – mountain gorillas descent to lower altitudes to enjoy milder temperatures and access to food.

Gorilla trekking is undoubtedly an experience you will cherish for the rest of your life. The trek in these mountains that can last anywhere between an hour up to 8 hours is rewarding in many ways. The permits issued can cost anywhere between 600 and 1500 USD and allow you to spend a maximum of 1 hour with the gorilla family. The limit of spending human interaction time with the gorillas is essential so that they don’t get used to the human presence and can also avoid the common diseases that these gorillas may contract due to the similarities with humans.

All in all, gorilla trekking is an experience of a lifetime and it is something you will never regret. The wildlife aficionados and those looking to get upclose and personal with these gentle beasts of the wild are in for a treat in gorilla trekking. So pack your bags, wear your hiking boots and get ready for the expedition.