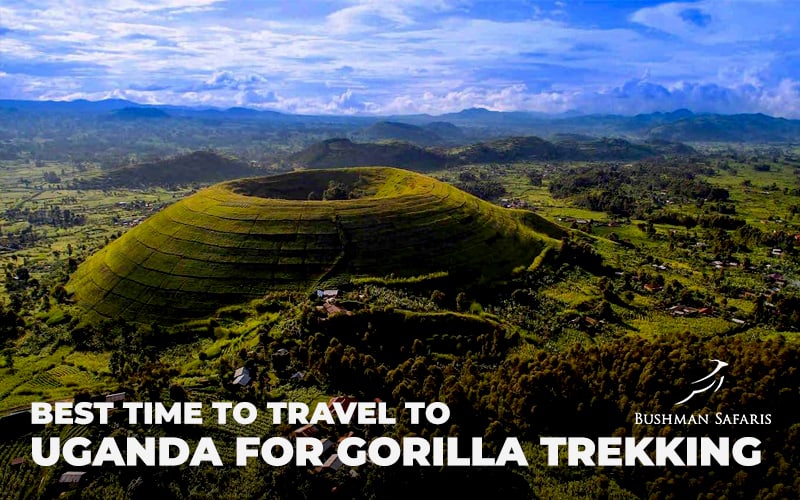 If you love gorilla trekking and you’re a traveller willing to travel to Uganda, we’ve got good news. Uganda is considered a whole round travel destination for any tourist planning to visit. This is due to its location near the equator, and its equally great climate. The other factor that makes Uganda a great travel destination throughout the year is Lake Victoria, one of Uganda’s greatest tourist attractions, and its distinct weather patterns. Uganda has two main seasons, the long rainy season that starts from the middle of March and goes on until the end of May, and the short season that starts from October and lasts till November. Therefore, the best time to visit Uganda is from June till September. If you find it difficult, January and February will be fine for gorilla trekking in Uganda too.

On average, the temperatures of Uganda are 71 F and 21.5 C, with these dropping at night time to around 54 F, affecting the altitude. In Uganda, rainfall ranges between 1000 to 2000mm annually. However, the skies in Uganda are clear throughout the year, supporting the majority of the safari vacations. Due to these climate changes, weather patterns have also changed substantially, making it difficult to forecast the touring seasons precisely.

A large number of tourists visit Uganda from May to September to February. This is because, in these months, it’s sunny in the majority of the destinations since the amount of rain reduces. December is probably the busiest month in the national park. Therefore, it is recommended that the accommodation is planned on time. During the season of Christmas, many people resort to the national parks of Uganda to spend their precious time. Thus, it is peak season!

Visiting in the low season isn’t considered too bad by many tourists because the rainy season indirectly makes the accommodation cheap. Another advantage of visiting Uganda in the low season is that you will enjoy the jungle without much crowd. Additionally, September and February are perceived as good months for a safari vacation in Uganda because fewer tourists visit during this period and the lodges are not entirely booked.

In Uganda, the rainy season affects the trips of people, but this does not mean that their complete trip is limited since the season is an amalgamation of sunshine and rains. In simple words, it means that you may see the sun just after the rain, allowing most of the safari activities to be conducted without any interference.