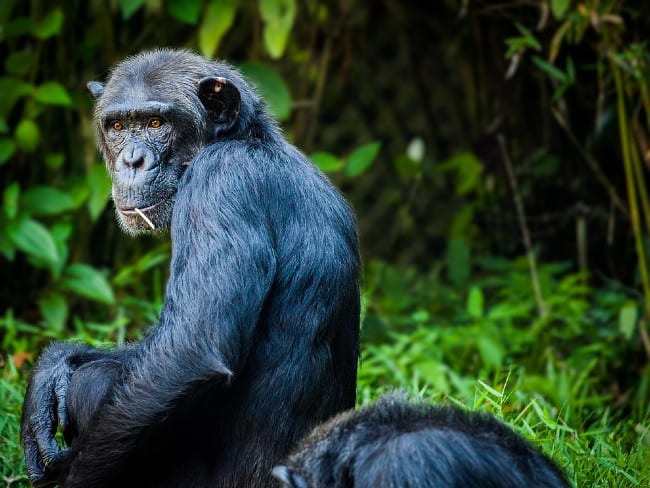 Safaris are often adventurous as it shows you the raw life in the wild. Encountering these wild animals can be a life-changing experience.

Primates trekking and safaris are extremely fascinating, as you get to see primates closely and enjoy their unique behaviour and actions. With Bushman’s safari and tours, you get to see a variety of primates, which will leave you awe-struck.

The distinct features and characteristics of the primates are not only captivating to observe, but they also impart knowledge. So, which primates would you be able to see?

You would often find them in family groups and the silverback protecting their territory and female gorillas. It is so interesting to watch their human-like actions. For instance, when the infants are creating havoc by troubling their mother. Regardless of their large bodies and enormous figures, they are gentle in nature and extremely peaceful.

You would majorly find them in Virunga National Parks, Bwindi and volcanoes.

They are found in Uganda, Nyungwe forest in Rwanda, Kibale National park and a few other places. Like gorillas, you would find them in family groups, and when you closely observe them you understand their family relations. It is also fascinating to watch how infants learn to climb trees.

They are known to be a fast-moving group. Therefore, it might take time to track them down, but signs, sounds and local trackers can help you.

You will find this species in Mgahinga National park in Uganda and Virunga Volcanoes. Their distinct colour and appearance are appealing. You would find female Golden monkeys protecting their territory, unlike Gorillas and Chimpanzees where males are leading. You would generally find Golden monkeys on Bamboo trees, it is the source of their nutrition, and they also use it to build their little home.

You will find these species in the Democratic Republic of Congo; they generally prefer old-growth forests. Bonobos are the closest species to Chimpanzees. It is almost impossible to find the difference between them. Although one of the major differences is that females lead the Bonobo’s family, and Chimpanzees are patriarchal.

These endangered species are found in the restricted areas of Kibale Forest National Park and common in Bigodi Wetland Sanctuary. You will find 55-59 individuals in Gombe and 40-50 individuals in the Kibale forest. They live in small groups. They prefer a range of forests like old-growth lowland, montane moist rainforest, and mid-altitude, just to name a few.

You will find this rapidly declining species in Madagascar, Andasibe and Mantadia in central areas. Their sizes vary as you can find them as small as mice and large as monkeys. They are social and often live in groups of 15 individuals. They generally prefer rainforests, spiny forests, wetlands, and dry deciduous forests.

Safaris are the best way to interact with nature and animals. You often learn something new from every experience. We organize some of the memorable safaris, treks, trips and wildlife tours. So, reach out to us and discover the whole world of primates out there.