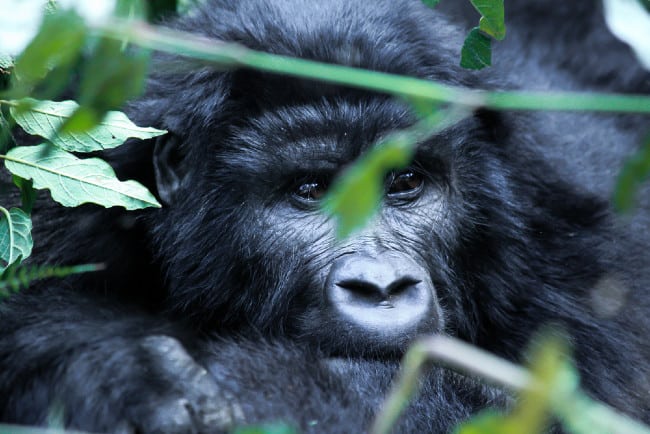 Despite efforts to help take care and protect wildlife, there are still many endangered species all across the world. One key group is the mountain gorillas. They belong in the gorilla family, along with cross-river gorillas, eastern lowland gorillas, and western lowland gorillas. Unlike their fellow primates, it’s likely that you wouldn’t see them at your local zoo.

It can be pretty heartbreaking to know that very few gorillas are left. Unlike some depictions in the media, they can be very intelligent, gentle, and nurturing. They keep to themselves in their natural habitat and are generally peaceful when you come across them.

It does beg the question of how gorillas suddenly became susceptible to extinction and what exactly humans can do in order to stop that from happening. Here’s what you need to know:

Why Gorillas Are Endangered

The number of mountain gorillas had dropped to less than 500 in 2010, and it’s only recently that the number has been climbing back to at least 1,000. Gorillas in Africa were at risk of extinction because of several human activities and predators. Hunting for sport and illegal poaching used to be very popular, and gorillas often fell victim to this violence.

On top of that, many gorillas would lose their homes and suffer because of it. Habitat loss occurred due to the damage inflicted on forests to account for commercial logging and human projects. Without the proper environment and resources to sustain themselves, it became hard for gorillas to live. There wasn’t much room for them to adapt to either.

Where Endangered Gorillas Can Be Found

Gorillas are found across Uganda, Rwanda, and the Democratic Republic of Congo in Africa. There are only two national forest parks in Uganda, the Bwindi Impenetrable Forest National Park, and Mgahinga Gorilla National Park. There’s also one national park each in the two other African countries.

It’s also important to note that they are protected by a number of organizations. To name a few, endangered gorillas are being helped by the World Wildlife Fund, African Wildlife Foundation, and the International Gorilla Conservation Programme. These groups help the governments run the forest parks and keep the mountain gorillas safe.

How People Can Help Endangered Gorillas

People who want to help gorillas and save them from extinction can consider volunteering in the organizations mentioned above. One catalyst is also to help in gorilla tourism. It brings awareness to the importance of conserving endangered gorillas. The funds are used to improve the infrastructure and surrounding communities in that area.

If you’re going to a national forest park to go gorilla trekking or observing, just remember to show respect for the conservation regulations in place. People are usually mandated to keep a distance from the mountain gorillas to avoid the spread of disease or alarming the families living in that area.

Having this knowledge about the threats mountain gorillas have undergone can be a hard pill to swallow. It’s important to take action and contribute to the conservation of gorillas so that we don’t have to add another group of species to the extinction list.

PrevPreviousWhy Our Wildlife And Wanderlust Safari is an Ideal Getaway Option?
NextWhat to Know About the Mountain Gorilla’s Special DietNext