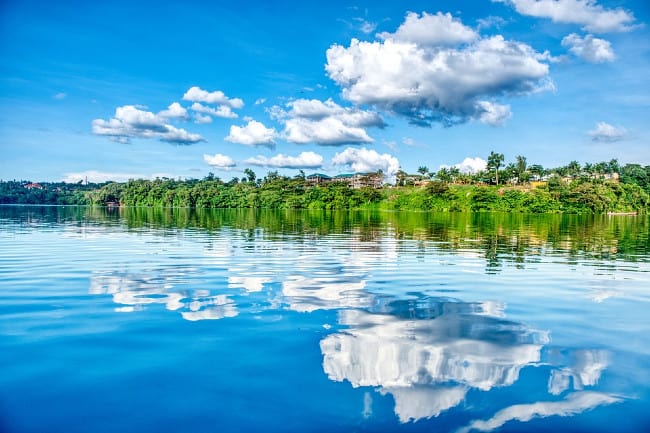 Kampala is the capital city of Uganda on the African continent. Landlocked by five countries and located on the bank of Lake Victoria, the country is home to the world’s youngest population. It is rich in savannas, mountains, culture, tribal heritage sites, lakes, and more. Kampala has a plethora of sightseeing attractions, museums, and locations, that people from other countries visit for. Here’s a list of the 5 best places that you should list in your bucket list if you visit Kampala.

Beat the hustle-bustle of the city and embark on a journey to Lake Victoria which is the chief reservoir to River Nile. With over 200 species of fish, different species of crocodiles and sharks, Lake Victoria offers you everything from spectacular scenic shores to diverse display species. It is certainly a sight that you should behold. You will find a tonne of guided tours to Lake Victoria.

Tourist activities that you can do around Lake Victoria are visiting Ssese Island, Uganda Wildlife Education Centre, ATV Quad biking, fishing, and more.

Formerly named after Libyan Colonel Muammar Gaddafi, the Kampala Central Mosque is open to all for visits. It can house more than 35,000 people in the large mosque hall which makes it the largest mosque in Central, East, and Sub-Saharan Africa. Built on the Old Kampala Hill, it offers a sight to behold both in terms of its architecture which has an African, European, and Arab feel to it as well as its Minaret (Tower) that gives a 360-degree view of the city.

Open to people of all religions, castes, and ethnic backgrounds, Kampala Central Mosque spearheads the Uganda Muslim Supreme Council. As a tourist, you will have to report your entry at the Tourism Information Office, pay for the tickets, and get a guided tour of this majestic mosque.

Gorilla trekking tours in Bwindi are a common sight and allow tourists to watch mountain gorillas in their natural habitat up close without endangering their or gorilla’s life. You can check out Bwindi Safari as well which gives you exposure to Batwa, the local tribal people, and more.

If you check maps before you visit Kampala, you will find a lush green lung right in the center of the city. The Kabaka’s Palace is at the center and it is a mesmerizing sightseeing spot. Ssekabaka Mwanga 11 constructed the Kabaka’s Palace in 1885 after his coronation as the king of Buganda Kingdom.

Uganda is one of the most diverse countries in terms of its cultural background. The Ndere Cultural Center founded in 1986 promotes the various cultural activities performed in the country such as poetry, storytelling, dance, music, arts, and so on.

The Center has more than 60 groups spread across 30 indigenous languages. A 700-seat amphitheatre allows for a huge audience to witness the music and dance displayed by the performers from the Ugandan tribes. The center is open on Wednesday, Friday, and Sunday evenings so do check out the timings before heading there.

Kampala is one of the largest cities in Uganda and there’s more to see around, be it lush greenery to mount makes, lakes to monuments, and safaris included. Some of the other places that we didn’t include in this list are Lake Katwe Explosion Crater, Kazinga Channel, Ziwa Rhino Sanctuary, The Equator, and Entebbe Botanical Gardens, among others.