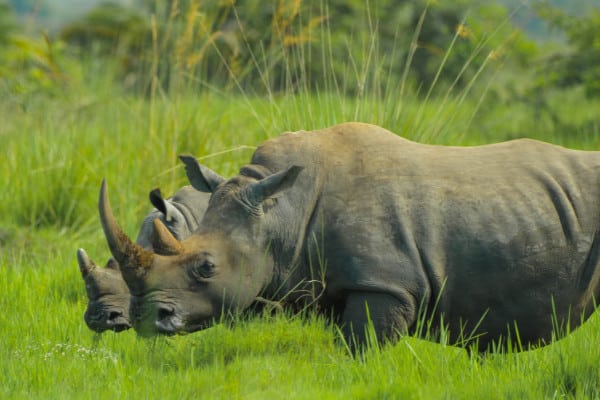 Uganda’s bafflingly understated reputation as a tourist destination may have a silver lining: the opportunity to visit world-class natural attractions while avoiding the crowds found in neighbouring nations. The Pearl of Africa is home to a treasure trove of wildlife and soul-stirring vistas, the best of which you can discover within the country’s well-protected parklands.

With that in mind, here’s a list of the most beautiful national parks and game reserves to consider for your next Uganda vacation.

This national park, named for the current Queen of England after her visit in 1964, provides a little bit of everything. This park has many habitats, including savannah grasslands, lowland forests, and wetlands, which imply a diverse range of fauna.

Elephants, hippos, and chimps, as well as many bird species, reptiles like monitor lizards, and various big cat species, including tree-climbing lions, can all be found here.

Incredible beauty and natural wonders, such as volcanic crater lakes and awe-inspiring mountains, may also be found in the park. Best of all, you can take lake cruises, hot air balloon flights, hiking paths, and safaris to explore this national park (both day and night).

Although Rwanda is the most well-known African gorilla trekking destination, Uganda’s Bwindi Impenetrable Forest is home to half of the world’s gorilla population.

Intrepid travellers brave steep hikes through the park’s verdant slopes in search of the world’s largest primates, with many describing the journey and privileged encounter as “life-changing.” The Batwa Cultural Experience in neighbouring Nkuringo is a must for learning how indigenous, forest-dwelling peoples once lived in the parking area.

Uganda’s most distant national park, which borders South Sudan and Kenya, is an off-the-beaten-path destination well worth the journey.

The semi-arid region is dotted with outstretched acacia trees, home to familiar wildlife and animals found nowhere else in the country, such as cheetahs, aardwolves, and black-backed jackals. Its remote position rewards visitors with fewer crowds and natural grandeur than the Maasai Mara and Serengeti, two of East Africa’s most popular parks.

More than its name suggests Uganda’s largest national park has a lot to offer. The boundless savanna is home to famous safari wildlife like the endangered Rothschild’s giraffe, while the Nile River is home to 450 bird species and dangerous hippos, with tour boats gliding through the calm, wide-mouthed waters.

However, the Victoria Nile squeezes down a bottlenecked gorge to form the world’s most powerful waterfall, making it one of Africa’s most stunning sites. Hike to the top of the falls to get a closer look at Uganda’s most famous natural beauty.

This wildlife reserve, located along the Katonga River in western Uganda, is home to various plant and animal species that survive in swampy settings.

You can view more than 40 animal species when visiting here, including bushbuck, river otter, waterbuck, zebra, buffalo, and hippo. A canoe journey along the river is the most pleasing way to explore this nature reserve, where you may see various birds, reptiles, and amphibians.

This wildlife reserve is located among the dry plains of eastern Uganda and is named after the Bokora people, who are part of the Karamojong ethnic group. The Loporokocho marsh, a prime birding area within the reserve, is home to species that are rare to view anywhere else.

The Jackson’s hornbill and the white-headed buffalo weaver are two of these species. Animals such as the roan antelope, Bright’s gazelle, zebra, lion, and Rothschild’s giraffe may be seen in addition to the various birds.

The Best National Parks and Game Reserves in Uganda Await You!

You’d have a hard time deciding which of Uganda’s wildlife reserves and national parks to visit because there are so many. Hopefully, this list has given you a better sense of how to narrow down your selections so that you can get the most out of your time in Uganda.