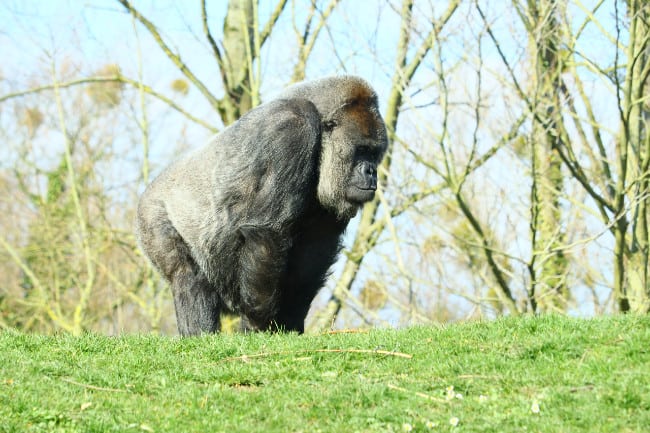 Uganda truly has spectacular scenery. With breathtaking landscapes, beautiful mountains, and cultural diversity, exploring Uganda is simply one of the best things you can do on a vacation. If you’re looking to book a safari trip, consider the famous gorilla tours in Uganda. Not only can you hike through the Mountains of the Moon, but you can spot these majestic and beautiful animals right in their habitat.

There is no better way to learn about gorillas than through trekking. But while you haven’t booked your gorilla trek in Uganda just yet, let’s break down the types of gorillas you might see in the wild.

As their genetic diversity has gotten low, that has left their population vulnerable to inbreeding. The reproduction of these certain species has gotten difficult.

With merely a thousand Mountain Gorillas remaining, the other half live in the forests of the Virunga mountains in Central Africa. Eastern Gorillas are considered a subspecies of Mountain Gorillas. While these gorillas have longer hair and shorter arms, they have a more muscular chest than their lowland cousins. They weigh about 300 to 485 pounds. As of today, Mountain Gorillas are the most beloved wild animals in Uganda.

Of all four gorilla subspecies, Western Gorillas are the smallest. They have longer arms, shorter black-brown hair, and a florid ridge along their brow. Like most gorillas, they are also endangered and facing habitat loss. The Western Gorillas are four to six feet in height and weigh about 150–400 pounds.

Also known as Grauer’s gorillas, they have enormously large hands, short muzzles, and a stocky body weighing up to 440 pounds. Despite its size, Eastern Lowland Gorillas survive by consuming only fruit and other plants.

You can visit and experience the beauty of a safari in Uganda. With many places to go, you will never regret putting it on your bucket list. If you haven’t gotten the chance to go on a gorilla tour, now is the time. After that, you can explore the other beautiful regions of Uganda. It’s a beautiful paradise that has preserved some of the world’s most fascinating wildlife. So the next time you’re planning a trip and can’t decide where to go, consider Uganda!

If you want to book a Ugandan gorilla safari, contact us at Bushman Safaris. We can help you plan your Ugandan itinerary around seeing these majestic animals in the wild.

PrevPreviousIs Uganda a Safe Place To Visit?
Next4 Tourist Things To Do in the Queen Elizabeth National ParkNext